Downtown is the city and region's center, home to the largest employment area and assets such as Riverfront Park, the financial district, major retail, historic urban core, and portions of the growing university and medical districts. With the area boasting millions in recent investments and new prospects for residents, shopping, and entertainment, the City of Spokane is working with Downtown Spokane Partnership and its consultant, Framework, in a public engagement process that will update the City's existing Downtown plan. The effort will join the community’s vision to guide development, design, and regulatory recommendations for the future with major new efforts like the Central City Line.

The new plan will fully update and replace the City's existing plan for Downtown, the Fast Forward Spokane Downtown Plan Update (2008). The existing plan is a subarea plan of the Comprehensive Plan. The City adopted the existing plan as a work in progress, with an intent to update it after about ten years. The updated plan is expected to result in a series of recommended actions and guide new improvements for the next ten years.

The team's consultant, Framework, will lead the initial public engagement effort through spring 2020. This effort will reach a broad segment of the community and target identified groups who participate in city life Downtown, such as residents, business owners, organizations, and employees. See the proposed timeline in the following graphic. 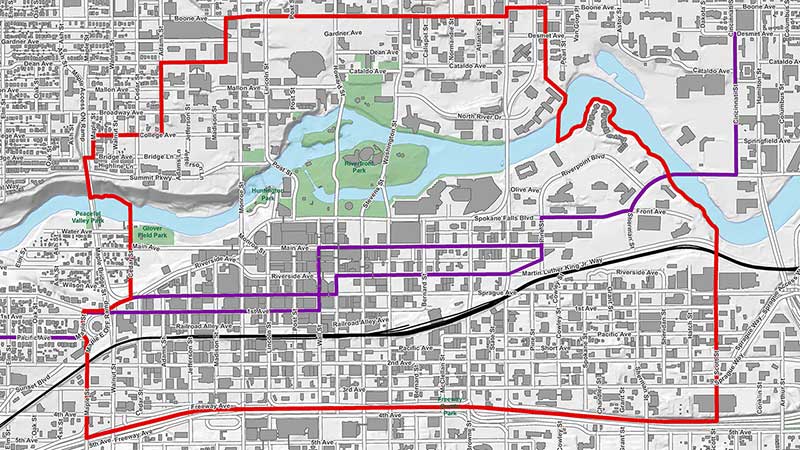