Recently released body cam video shows how Spokane Police were able to use their training and special equipment to avoid shooting a man who was trying to commit “suicide by cop.”

The Dec. 8 incident at a downtown apartment building got its start late in the afternoon when a man named Robert allegedly started breaking windows while brandishing a knife.

“It escalated when that person left his apartment and started chasing people around the hallways. That’s when I knew it was getting very serious,” said officer Kyle Yrigollen.

Arriving patrolmen evacuated other people from nearby apartments and tried to talk to Robert on the phone. Instead, Robert demanded the officers kill him.

“When he exited that room, we already had a game plan in place, that we were going to try and deploy our less-lethal, which would be the 40 millimeter. Also, a Taser and try to stop him before he approached us at all,” recalled Yrigollen.

Robert refused repeated verbal commands to disarm himself and cursed at the patrolmen trying to de-escalate the situation.

The body cam video shows Robert coming around the corner of the door to his apartment screaming at officers to shoot him. The naked man charged at the group of officers, at the end of the hallway, with a knife raised over his head.

A single shot rang out as officer Jeremy Howe pulled the trigger on a 40 millimeter launcher that fires a hard piece of blue foam at its target.

“It’s going to hurt. It’s going to sting, but it’s going to be less-lethal and it’s going to allow us to control a person, modify their behavior without putting them or the public at greater risk,” said Lt. Rob Boothe while explaining the 40 millimeter’s capabilities.

The 40 millimeter is a single shot weapon and has to be reloaded before firing another round. That’s why officer Yrigollen was armed with an AR-15 in the event the less-lethal projectile failed to stop Robert’s advance.

“It was split second. I was telling the officer down at my side ‘deploy, deploy, deploy,’ cause I’m wanting him to try that (less-lethal) option first,” said Yrigollen.

The “blue-nose” foam round hit Robert in his pelvis taking him to the ground. Yrigollen says he was just a little more than a second away from firing his rifle that shoots very real bullets.

While the Taser was ineffective, the less-lethal foam round found its mark. But Robert wasn’t seriously injured and has the opportunity to get help for his problems.

“It was very rewarding. It was kind of a high-five situation afterward for the less-lethal officer. I thought it was great work getting the target he did, making the shot and taking him down. It sounds like the suspect, he was upset we didn’t shoot him,” Yrigollen remembers.

Unfortunately, not all suicide by cop scenarios have happy endings.

Charge or threaten the cops with any deadly weapon and you are very likely to get shot.

That’s because studies have shown once an attacker is within 21 feet, officers cannot draw their weapons, fire and stop the suspect’s advance before it’s too late for the cops to avoid getting injured or killed.

However, when officers have time to assemble enough manpower and special equipment, despondent people can get a second chance to recover from their mistakes.

“Police work has been described as nothing but seconds and inches and what this allows us to do is create a few more seconds to gain a few more inches to control somebody and to maintain the safety of our public,” Boothe said of the 40 millimeter launcher.” 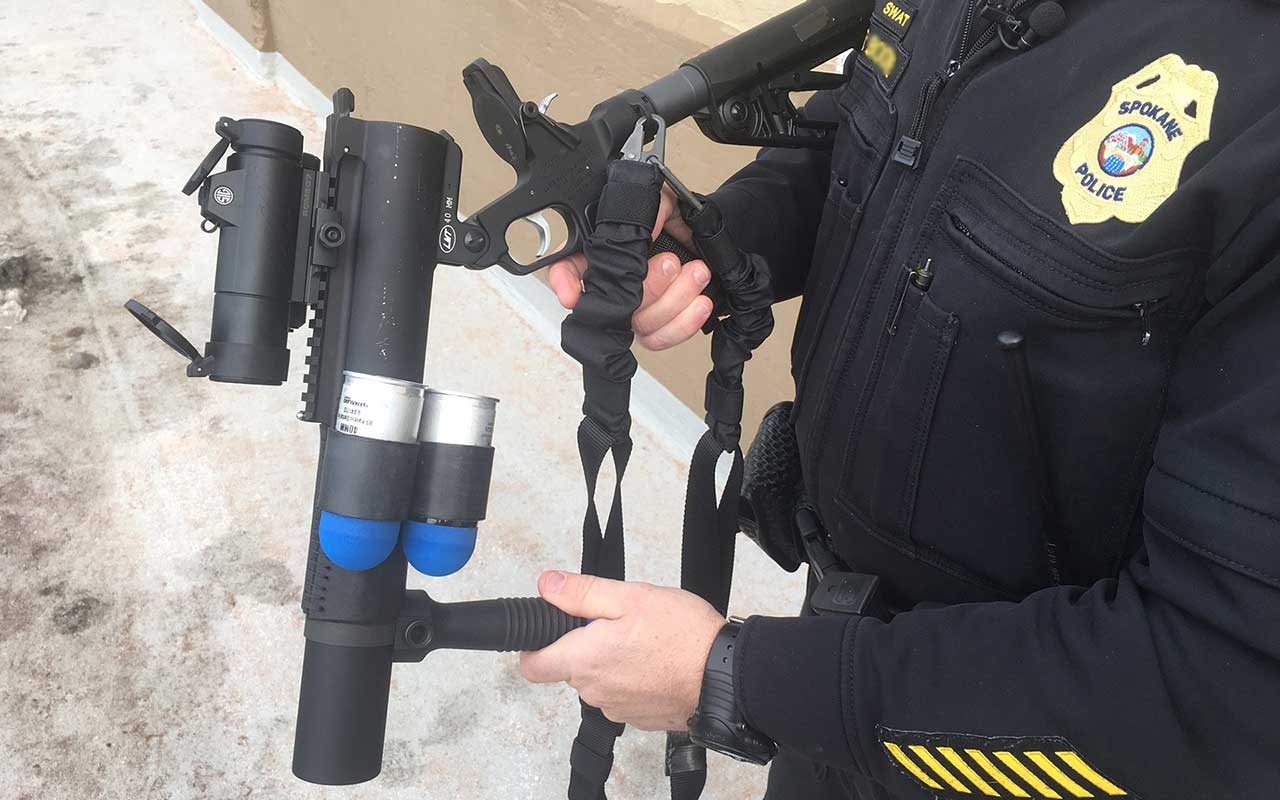