Ribby, the Mayor and a Magnet Wall!

“Where did Ribby go?” asked one small girl after the Spokane Indians Baseball Team’s Redband Trout mascot finished his visit at storytime at the Downtown Library this morning. “I miss him.”

Rest assured, one quick-thinking Spokane Public Library employee told her that Ribby had to go back to his home in the Spokane River, since a fish can’t be out of water for long.

More than two dozen of Spokane’s youngest residents gathered on a carpeted area on the library’s second floor to see Ribby, learn about water and the Spokane River, and check out a new “magnet wall” that lets them build pipes to collect stormwater from the street and deliver it all the way to the City’s treatment plant.

Mayor David Condon read about the water cycle from a colorful book, while the kids added their own commentary. “I like water,” one boy said. “Me too,” said the Mayor. “I like chocolate milk,” another added.

The magnet wall exhibit will be housed at the library for the duration of construction that’s happening just outside the library’s big windows.  The idea is to let the kids—and their parents and caregivers--see the construction and then learn about why it’s important. 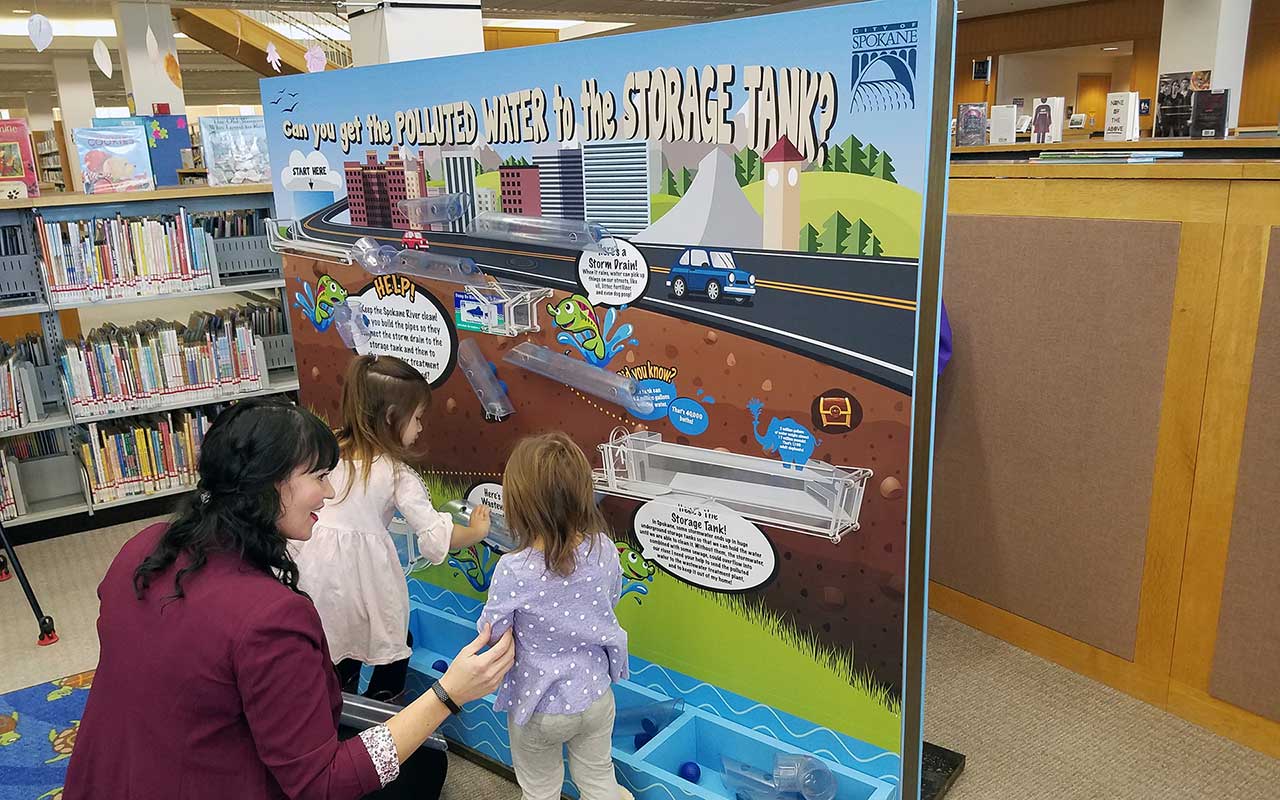 The construction project is for a 2 million gallon underground storage tank that will help prevent overflows from combined wastewater and stormwater sewers from entering the Spokane River.  In some parts of the City, wastewater and stormwater sewers are linked together and during periods of heavy rain or rapid snowmelt, these pipes can become overwhelmed and overflow to the river.

Tanks, like the one being built just outside the Downtown Library, hold the excess water until the storm surge subsides and the water can be sent to the Riverside Park Water Reclamation Facility for treatment. In fact, the City is investing more than $300 million in projects to improve water quality in the Spokane River.

We like to say, “It’s All About the River!” Although, today, it was probably all about Ribby, especially as he clapped and stomped and flapped his fins right along with the kids.